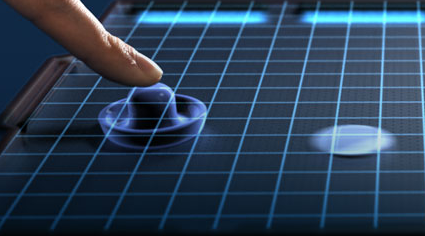 Suppose when you touch the screen of your smartphone / laptop you would not only be touching it, the screen touches you back!

Touch screens are great and better than normal button-based interfaces but the touch screens in use today are in-capable of providing any kind of feedback to the user that the command has been received. if only touch screens could provide some sort of tactile feedback then the user could operate a screen on a much more interactive level.

Senseg, a company which has developed just the thing, they have come up with a transparent layer which can be put on top of any normal touch screen, the layer can mimic the surface feel from as smooth as silk to as rough as a rock. , they have already produced libraries for the popular mobile OS platforms and have a complete kit ready with electroncis and software API.

Getting tactile feedback from a screen will help in many areas including in-car screens, so the driver does not need to see the screen while operating it, and obviously in other areas as where the user needs better control of the touch interface and having a proper feel of where the touch is can be the difference that is needed on today’s screens.

The tactile screen works by creating a sort of electrostatic attraction field between the finger and the screen and the app-developer can manipulate the field at any part of the screen making variable surface feelings at different areas.
More details about the underlying technology in this product can be seen at: http://senseg.com/technology/senseg-technology