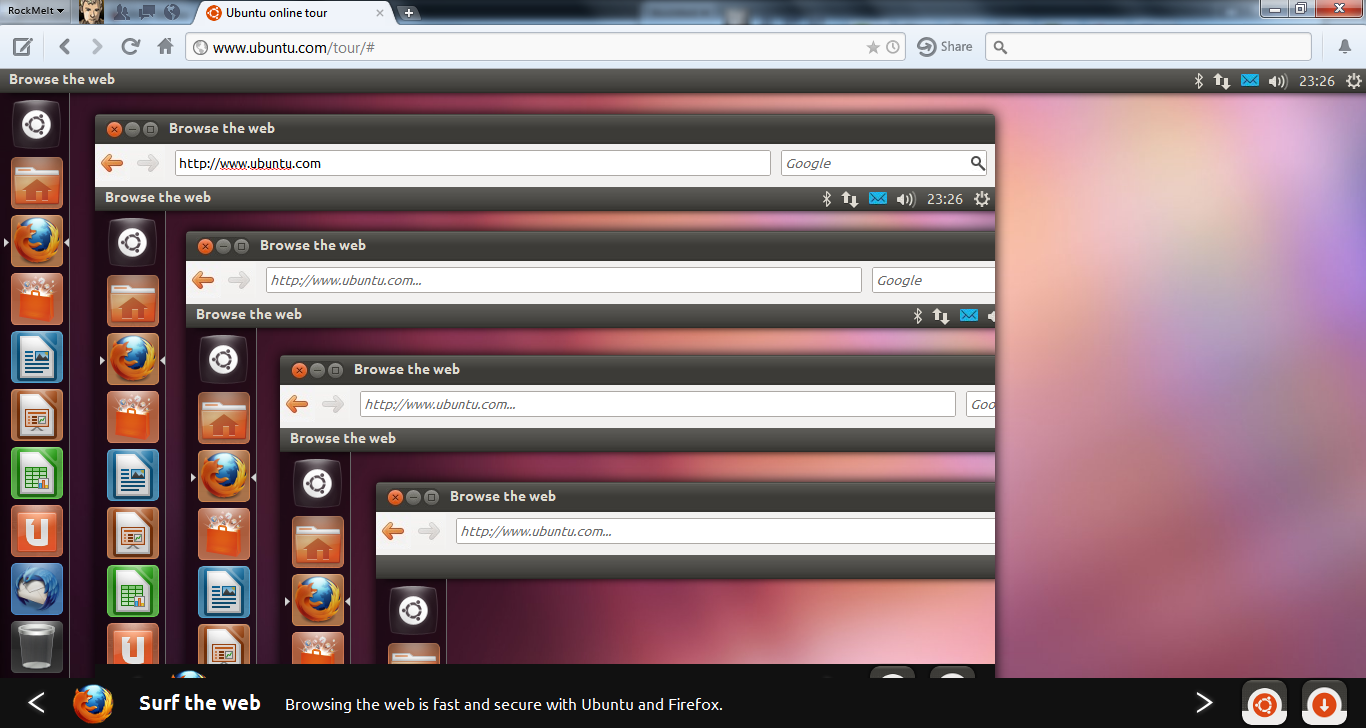 For as long as I can remember, I have been using computers with Windows installed on them from my first computer to many which came after it and the current lappy, all have Windows. Now, Windows is fine as far as I can tell; it gets my work done and I am happy with it, but recently I have been inclining towards Linux more and more and to be precise towards Ubuntu.

Today, Ubuntu 11.10 (code named: Oneiric Ocelot) is released and although it is still downloading, the official site http://ubuntu.com is providing a unique way to try out Ubuntu, even before downloading or installing or burning on CD or anything like that. Head on to http://thenewubuntu.com/ for an even better experience of the new release but nothing will beat the LIVE test of the OS on the official site.

Here is an Awesome video tour of Ubuntu

You can just simply go to Ubuntu.com and try the newest offering of Ubuntu then and there, no install and no wait. Well some great new things are shown on the Ubuntu website but a proper review will only be justifiable after a week of use at least [I have been thinking of switching to Ubuntu completely]…. anyways, while I was there on the site, I not only tested 1 Ubuntu but 5 Ubuntu 11.10s at the same time.

P.S. I dont know why, but whenever I get the opportunity, I do the stuff of looking at something via the same thing….. hence the above image….