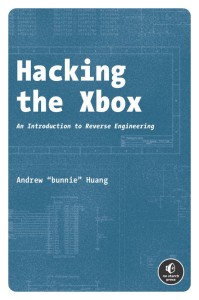 As I was completing the first few pages of the book “hacking the Xbox”, Nasir Jumani was teasing me with his texts about how good the games are and that I am to bring my own controller if I want to play.

After getting the soft copy of the book Hacking the Xbox for free, thanks to the writer Andrew “bunnie” Huang (whom I remember as the guy who designed his own Laptop) I mentioned the book to Nasir who also liked it and suggested if we were to get an Xbox for this book or not, so before even starting the book, we looked at OLX.com, found a seller, possibly the only Xbox 1 on OLX (Karachi) and we bought it the next day for less than Rs. 5,000 (less than 50$). Actually Nasir bought it and now he has started playing with it as we got some games with it as well while I am stuck here reading the README.1ST portion of the book and waiting for my chance to get my hands on our newly-bought-old-second-hand-modded game console.

About the Book: Hacking the Xbox is one of the finest books on reverse engineering ever written. Even though it covers the original Xbox (not 360), the lessons contained therein and analytical processes presented serve as a primer for both beginners and experienced hackers alike, serving as an inspiration for anyone wanting to delve deeper into the workings of the tech you bought and paid for. You can find the link to Hacking the Xbox (PDF version) at No Starch Press. [copied from DangerousPrototypes.com]
Oh, and here is a pic and a tweet from Nasir, cause it did happen, even if I haven’t even seen the damn thing in person yet